We are excited to have LIVE High Holy Day Services this year!  Please see below for details.

Yom Kippur – (All services at OUUF*)

Covid Protocols for all services

Meals at services – The board has not yet made a firm decision about meals, which would be the most unsafe periods for members.  If we do host potlucks, we will have one person serving wearing gloves.  We have included the Dairy Break- the-Fast potluck but it may be a bring your own meal scenario…stay tuned.

High Holy Day Fees for Non-Members and visitors:  We ask that visitors pay a $25 fee for a single and $40 fee for a couple.  If you subsequently decide to pay membership, your fees can be applied to your membership.

The Legacy of the Tree of All Knowledge

In anticipation of our upcoming discussion about The Garden of Eden, take a look at this D’Var Torah by Rabbi Dan Moskovitz.

Instead, we are going to explore and share access to streaming services.  We will be sharing what we are able to find later this summer. If you have information about available streaming services, please send them to congregationobsh@olypen.com. A comprehensive list will be published as we get closer to the dates. Although we are disappointed to cancel such an important set of services, the health and well being of our community is our primary concern.

On the bright side, this gives us the opportunity to share streaming services with family and friends who love their congregations as well, and experience another style of service to mix it up a bit!

We are exploring the possibilities of having outdoor Kol Nidre and Yizkor services.  If others want to volunteer to plan and host other parts of each service outside we can certainly consider that.

Thank you, Rich for an informative and lively discussion!

Below are links to reference materials used, as well as more information on St. Vitus Dance, the recognition of which contributed to societal norms that have been followed for centuries.
Resources:

Who Wrote the Bible, by Richard E. Friedman

One of the most wonderful aspects of our adult education program is that highly intelligent people (meaning us) from varied educational backgrounds have such wonderful material to add.
Tonight’s discussion of St. Vitus Dance (which was very tangential to the topic of who transcribed the Torah) was just great. There may be two or three different problems with the same name. The one I referred to is the “Dance Mania” version of St. Vitus Dance. It was rampant during the middle ages. A prominent theory is that the disorder was thought to be sexually transmitted at the time and led to the change from free sex among non-Jews to getting married and remaining “loyal” to a spouse.

Confusion about Dance Mania named St. Vitus Dance (now thought to be sexually transmitted but might not be) and Sydenham’s chorea also called St Vitus Dance (caused by childhood infection with Group A beta-haemolytic Streptococcus??? Rather than genetics)
Is there a third disorder – genetically based also referred to as St. Vitus Dance???)

St. John’s Dance, known historically as St. Vitus Dance, was a social phenomenon involving a type of dance mania that gripped mainland Europe between the 14 th and 17 th centuries. One of the most well-known major outbreaks took place in Aachen, Germany, on the 24 th of June 1374, just several decades after the Black Death swept across Europe. During the outbreak, afflicted individuals would dance hysterically through the streets for hours, days, and apparently even months, until they collapsed due to exhaustion or died from heart attack or stroke. The number of participants at any one outbreak could reach into the thousands. In modern literature, women are often portrayed as being victims of the St. John’s Dance, although medieval accounts record that men, women and children were equally likely to be affected.

It was initially considered that the dancing mania was a curse sent by a saint, commonly thought to be St. John the Baptist or St. Vitus, hence the name of the condition. Therefore, people suffering from this condition would proceed to places dedicated to the said saint in order to pray for deliverance. The association of this phenomenon with St. Vitus can be traced to an incident that happened in Germany in 1278. During that year, a group of 200 people were dancing so vigorously on a bridge over the Maas River that the bridge collapsed, killing many of the dancers. Those who survived were taken to…..

Several hypotheses have been put forward to explain this phenomenon. For instance, ergot poisoning has been blamed by some for the hallucinations and convulsions that accompanied the St. John’s Dance. This form of poisoning coincided with floods and wet growing seasons, as the damp condition was suitable for the growth of the fungus claviceps purpura, which contains toxic and psychoactive chemicals, including lysergic acid and ergotamine (used in modern times as a precursor in the synthesis of LSD). This fungus is usually found on cultivated grain such as rye, and may induce certain symptoms of the St. John’s Dance including nervous spasms, psychotic delusions, and convulsions. Nevertheless, it has been argued that the outbreaks usually do not happen during the floods or wet seasons. Furthermore, not all the symptoms of the St. John’s Dance can be attributed to ergot poisoning.

Another explanation for the St. John’s Dance is that those participating in it were followers of deviant religious sects. As these people made pilgrimages throughout Europe during the years following the Black Death in order to gain divine favour, they grew in numbers. As they were involved in prolonged dancing, fasting, and emotional worship, such symptoms as hallucinating, fainting, and trembling uncontrollably would have been common.

Although it is highly plausible that some of the participants of the St. John’s Dance were genuinely affected by mental illnesses, it has been argued that the majority of those engaged in the dance did not actually suffer from any of the symptoms. Instead of looking at the St. John’s Dance as a form of mental disorder, it may be considered as a social phenomenon, sometimes referred to as ‘mass psychogenic illness’. This involves the occurrence of similar physical symptoms, with no known cause, which affect a large group of people as a form of social influence. Perhaps it may be suggested that some of those engaged in the St. John’s Dance did so out of fear, while others danced in order to fit in with the crowd.

While this form of mass hysteria may seem to belong to the history books, it is in fact just as common in modern times.  The Tanganyika laughter epidemic of 1962, for example, was an outbreak of mass hysteria in Tanzania in which uncontrollable laughter, accompanied by fainting, respiratory problems, and crying, spread from a group of school girls, to the entire school, neighbouring schools, and entire villages. Thousands of people were affected to some degree. The phenomenon was not completely eradicated for some eighteen months!

Such occurrences of mass hysteria have continued to confound the medical community and while it is easy to laugh off as ridiculous and bizarre behaviour, research has shown that there are a number of complex factors that can contribute to the formation and spread of collective hysteria, including rumours, extraordinary anxiety or excitement, cultural beliefs, social and political context, reinforcing actions by authority figures, and stress.  Cases of mass hysteria have been reported all over the world for centuries and provide a fascinating insight into the complex nature of human psychology!

Hiskey, D., 2012. This Day in History, 1374: Thousands of People on the Streets of Aachen, Germany Suddenly Suffer from the “Forgotten Plague”, Dance Mania. [Online]
Available here.

Dancing mania was a social phenomenon that occurred primarily in mainland Europe between the 14th and 17th centuries. It involved groups of people dancing erratically, sometimes thousands at a time. The mania affected men, women, and children who danced until they collapsed from exhaustion. One of the first major outbreaks was in Aachen, in the Holy Roman Empire, in 1374, and it quickly spread throughout Europe; one particularly notable outbreak occurred in Strasbourg in 1518, also in the Holy Roman Empire.

Affecting thousands of people across several centuries, dancing mania was not an isolated event, and was well documented in contemporary reports. It was nevertheless poorly understood, and remedies were based on guesswork. Often musicians accompanied dancers, due to a belief that music would treat the mania, but this tactic sometimes backfired by encouraging more to join in. There is no consensus among modern-day scholars as to the cause of dancing mania.

The several theories proposed range from religious cults being behind the processions to people dancing to relieve themselves of stress and put the poverty of the period out of their minds. It is speculated to have been a mass psychogenic illness, in which physical symptoms with no known physical cause are observed to affect a group of people, as a form of social influence.

Sydenham’s chorea, also known as chorea minor and historically and occasionally referred to as St Vitus’ dance, is a disorder characterized by rapid, uncoordinated jerking movements primarily affecting the face, hands and feet. Sydenham’s chorea results from and is reported to occur in 20–30% of people with acute rheumatic fever.

As Jews, we have spent centuries overcoming adversity, including pandemics. (Ever heard of a little thing in Exodus called Plagues?) So, we are excited to continue offering Jewish programming through digital platforms while we all adhere to current social distancing guidelines. Please check the Events calendar for upcoming virtual programming!

Next up – A educational session lead by our COBS President, Rich Sherman. This will be hosted through the Go To Meeting app, and you can find the details through the April 9th calendar event. We hope you join us!

We are excited to hold a beautiful Tu B’Shevat Seder on February 8th at 2pm! What better place to celebrate the beauty of trees, and our environment than the stunning Olympic Peninsula? Click below to sign up.

This will be a community event, followed by vegetarian potluck. Please sign up to help contribute ritual fruits, nuts and drinks, as well as assist with set up and/or clean up. To paraphrase, it takes a whole meshpucha!

Sign ups are HERE to contribute to this community event. All food contributions should be enough for 15-20 people to have small amounts.

COBS partied it up this weekend at our annual community Chanukah party! With a plentiful potluck buffet, dreidle games on every table, Susan “Ruach” Stombaugh, and even some dancing, it was a festive evening to celebrate who we are as a community. Havdallah and the community candle lighting were beautiful, and we left on a high. Chag sameach, indeed! Enjoy the photos from this fun evening. Missed it? Join us for our next event!

Please click HERE for an interesting read on Ashkenazi intelligence.

Our Sukkot celebration was as beautiful as ever, with the ever joyful Susan Stombaugh! 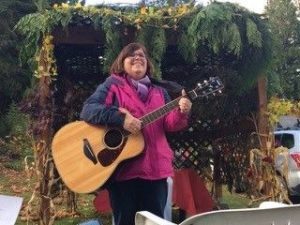 Well, not exactly…but it is aligned with Jewish values and tradition. Although the correlation with Exodus and relationship to Sukkot may not be so popular with turkeys at this time of year, we certainly inspired the Pilgrims! Read this insightful article for more!